After being admitted to the Alberta Bar in 1973, Gord practiced in Calgary with several prestigious law firms before becoming a partner at DLBH LLP, now DBH Law. His experience in the area of corporate, commercial, resource and energy law, together with his extensive knowledge of the workings of various regulatory bodies in Alberta and across Canada has made him uniquely suited for negotiating and papering transactions including the sale, purchase or exchange of resource and energy related assets here in Canada, the United States, Europe and the Far East. He has been involved in a number of unique corporate restructurings. Another area in which Gord takes an active part involves Estate Planning, beginning with personal papers such as Wills and Personal Directives through to establishment of Trusts and Family Trusts both here in Canada and in the United States.

Gord has also acted as a director and officer with a number of public and private companies in the energy sector, assisting in developing corporate strategies, including the raising of capital from the private as well as the public sector.

Gord resigned his position as a Partner with DLBH LLP in February 2016 but has rejoined the firm as Counsel, effective February 1, 2017.

University of Alberta, Bachelor of Laws, 1972 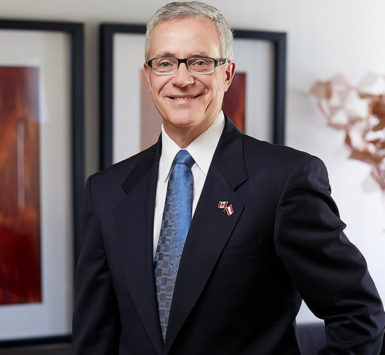